This is the second month in a row that we’re seeing this, and it’s very important to take note:  In spite of continued interest rate increases, the market has bottomed out at around the $1.1M average. This is likely due to the fact that the “wait it out” mentality no longer only pertains to buyers, but has extended to sellers as well — their logic being that if ...Read More

Big News this month as the market may finally be finding its bottom! This September marked just over 5,000 sales in the GTA — a 44% drop from last September, as borrowing costs continue to rise. Strikingly, the number of new listings has reached a low point not seen since 2002. Sellers are waiting it out in hopeful anticipation of a market upswing when interest rates finally begin to desce...Read More

Last month the Toronto Real Estate Board reported both an increase in home sales and an increase in the average sale price from July to August, indicating a reversal in the current downward trend. However, the underlying scenario is far from straight forward — Even though homes in the more prestigious districts (like Toronto’s Rosedale) continue to sell like hot cakes, communities tha...Read More

What happened?  Home sales were down almost 50% this July, compared to last year, leading to a much welcomed balance in market conditions. With the average selling price dipping to $1,075,000 (now just 1% higher than July 2021), this offers a stark contrast to what we’ve been used to seeing in the GTA market. What’s happening?  Despite this price drop, buy...Read More

Overall, home prices in the GTA  are still around 5% higher than last June. On a monthly basis, however, prices continue to trend downward with the average home price dropping by 3% between May and June, totalling an 11% drop since February. Home sales this June totalled 6,474 —  down by a whopping 41% since last year. This downward trend mostly stems from two things — one ...Read More 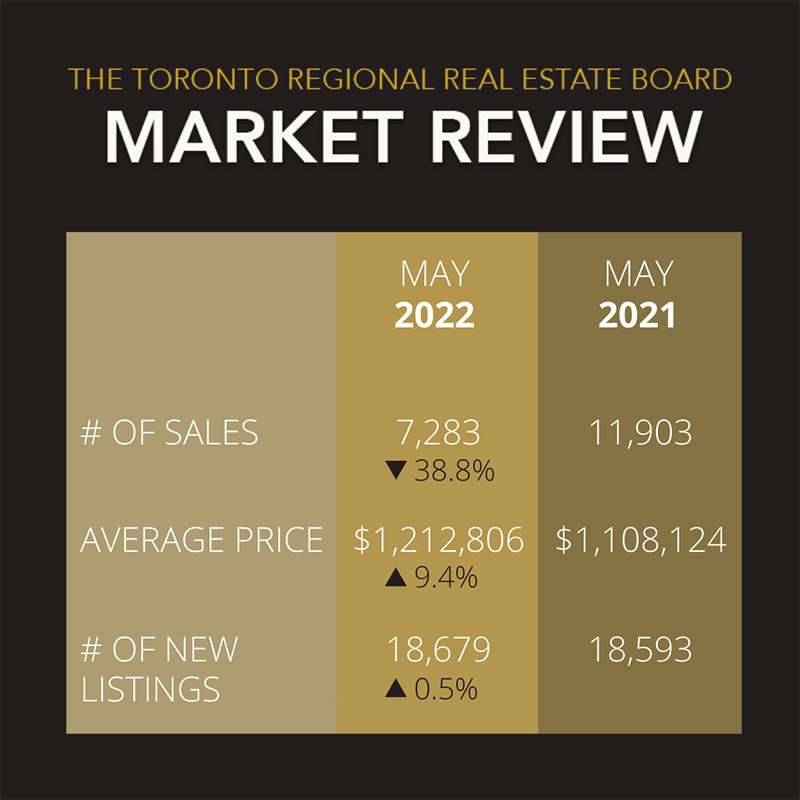 This May, GTA real estate saw an average sale price of just over $1.2M — a 3% decline from April’s sales — as increasing mortgage rates continue to push buyers to the sidelines. This marks a nearly 10% correction since February’s all-time record of $1.33M, signifying the market’s serious reaction to the Central Bank’s imposed interest rate hikes. However, despi...Read More 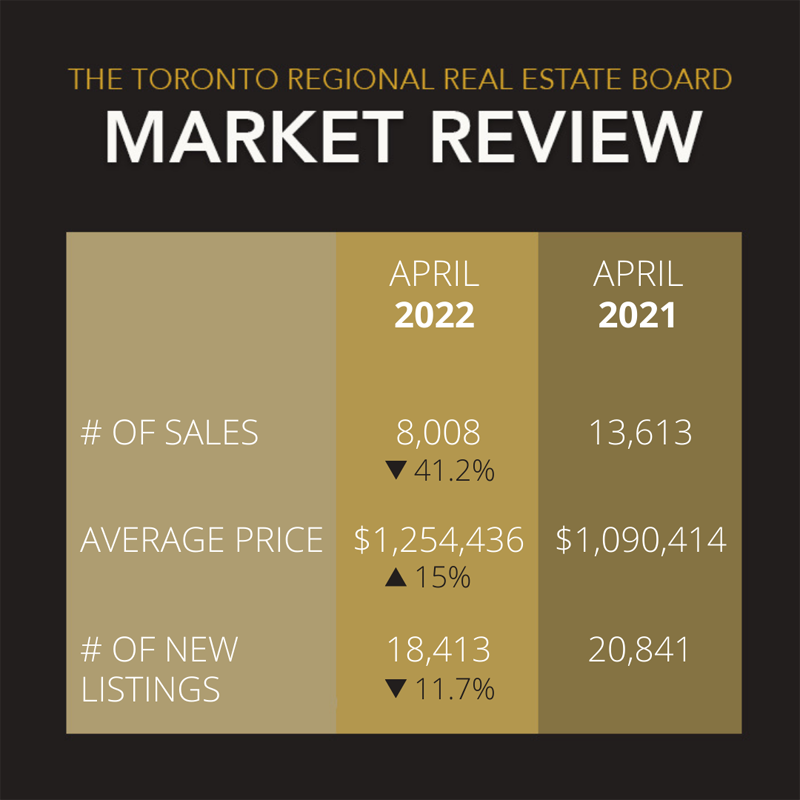 Heads up everyone! This month’s update is one you don’t want to miss!  In the wake of ongoing interest rate hikes, the GTA real estate market showed clear signs of cooling in April. Sales dropped by 27% since last month and 41.2% since April 2021. Prices remained 15% higher than last April, however, we saw a 3.5% drop in the average home price between March and April. Interest r...Read More

Property speculation is targeted in the recent federal budget and could potentially impact the market for pre-construction condominiums. In an attempt to reduce so-called speculative trading in the Canadian housing market, the government has plans to target the resale of purchase contracts for pre-construction homes.  As it stands now, HST may or may not apply to the purchase of a new home ...Read More

The Ontario government will introduce new regulations, effective next year, that will enable home sellers to disclose the details of competing bids on their properties if they choose. Sellers will no longer be limited to selling their property through a closed or traditional offer system," says Ross Romano, Ontario minister of Government and Consumer Services. By giving sellers the opti...Read More

Comps are comparable properties in the particular area that you’re looking to buy or sell in, and they are one of the most vital tools used to determine how much a home is worth! Comps determine a home’s value by comparing it to similar properties sold recently in the same neighbourhood. In today’s competitive market, listing prices can be very confusing, with some homes selling...Read More